Where children with lifelong disabilities, their families and our supporters unite to create an environment of joy in activity and life.

At Least 5% of Children are affected by SPD

In fact, one study showed that at least 5% of children are affected by SPD. Another research study by members of the Sensory Processing Disorder Scientific Work Group suggests that 1 in every 6 children experiences sensory symptoms that may be significant enough to affect aspects of everyday life functions.

1 in 6 Children in the U.S. have a developmental disability

In the U.S., about 1 in 6 (17%) of children ages, 3-17 were diagnosed with a developmental disability, as reported by parents, during a study period of 2009-2017. These included autism, attention-deficit/hyperactivity disorder, blindness, cerebral palsy, and others.

In a recent systematic literature review, researchers found that people with disabilities in 10 countries face large extra costs of living. These costs can range widely, from an estimated US$1,170 to $6,952 per year.

We work with families of children with lifelong disabilities to make their lives more rewarding and comfortable than they ever believed possible.

HOW We do it

We collaborate with other organizations in our community to provide therapeutic, multi-sensory activities to individuals with developmental differences. We connect families. We empower parents. We champion quality of life.

The M.O.R.G.A.N. Project recognizes the challenges that all families face. We rally together donors, partners and volunteers in support of the children and families who need it the most. Join our community today!

PROGRAMS
RESOURCES
ABOUT US

Morgan Malfara was born a beautiful, blue-eyed baby boy on October 22, 1997. With his parents Kristen and Robert and big brothers Jordan and B.J. they made a perfect family unit. At 10 weeks old, Morgan started to exhibit symptoms that would eventually be diagnosed as Leukodystrophy, a rare degenerative disorder with no treatment, no cure, and an expectation that Morgan would only live to about three years old. His mother, Kristen began collecting information, making connections, and working exhaustively to do everything she could to make the most of the time she had with Morgan. This experience and a desire to help other families going through similar issues led to their creation of The M.O.R.G.A.N. Project. 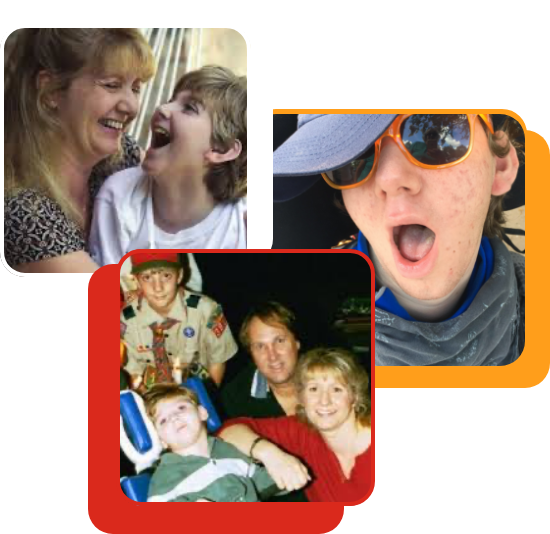 THANK YOU to Our Partners